Starting from the start of summer, when I came to the island, I have spent Sunday nights investigating the Old Town, the Medieval City of Rhodes. It is my custom for de-pressurizing and getting a charge out of calm time. I can read your mind. Calm time in the Old Town An ironic expression on the off chance that there at any point was one I am discussing Old Town the area, not the night area of interest. 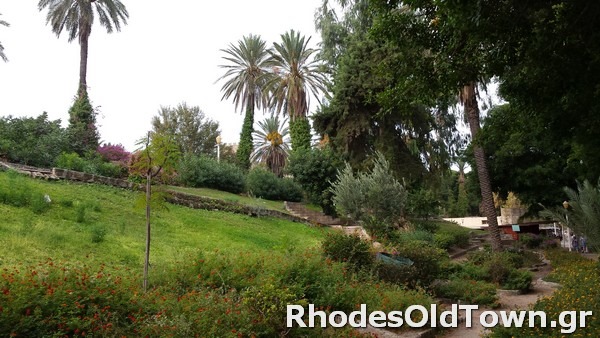 There is a different universe, a local where individuals reside calmly, encompassed by history in Knights’ homes and exceptionally old restricted roads, components that have generous made due for many years. The ongoing shape and size of the Medieval City date back to the mid-fifteenth 100 years. The actual City has gone through various particular periods, with a mélange of styles, countries and identities, and as many bosses: Byzantines, Knights, Ottomans valley of the butterflies rhodes Italians, among others. Despite the fact that ethnic neighborhoods existed, the lines among ethnic and class developments were obscured. Take, for instance, the old Jewish area, spread across the East part of town. Inside the Jewish area alone, Jews, Greeks and Franks existed together, alongside no less than five Christian holy places.

That such an enormous fortification like the one in the Medieval City stayed in one piece since the sixteenth hundred years, notwithstanding four centuries of occupation, is very intriguing. As the island went under Turkish occupation, its geological importance reduced. Therefore, with no genuine dangers confronting it, there was little need to continue to modernize the fort and it remained moderately unaltered. Thusly, building veneers in the Medieval City were, generally, without ornamentation. At the turn of the sixteenth hundred years, when Knights’ Town appreciated exceptional unmistakable quality, a few structures were reestablished. During that time some early Renaissance contacts were added to the structures, particularly the ones confronting ‘Magna et Communis Platea’, the Grand Square.

During the nineteenth century strong seismic tremors caused extreme harms in the Old Town, with additional harm following when the city was bombarded during WWII. In any case, a few landmarks and the Town’s middle age character remained magnificently in one piece. At the point when the Dodecanese Islands were integrated into Greece, not long after WWII, the Medieval City was to a great extent in ruins. Quite a long while later, serious and cautious reclamation started today, the Medieval City of Rhodes is an UNESCO World Heritage City, and one of the greatest and most significant gatherings of landmarks in the Aegean.

Unavoidably, the Old Town is a guests’ magnet. As you stroll through the door your faculties change to overdrive: a tornado of sights sounds and scents strive for your focus Traveler shops, offering everything from olive cleanser to reproductions of archaic covering, contend with tavernas and bars in a decibel-prompted feast. In the event that this is not your favorite, continue to stroll until you get to the area. They say the best way to move beyond something is through it.